How to encourage children to write and read literature? - AOL School
Skip to content Children are curious about the world around them. They might be having a plethora of questions such as why the sun rises in the east only? Why the peacock is having this much colours in its feathers? Why water flows in the same uniform pattern in the rivers when we look at it? Most of the times parents will be unable to answer many of them.

These types of questions stem from the innate curiosity of children. They want to know why the world is like what they see. To quench their intellectual thirst, we, teachers and parents, have to act by providing information. But how? This seems to be the million-dollar question.

Education is a tool that acts as an instrument to fulfil the intellectual needs of children. When they study a topic, they will get a logical understanding.  This development of scientific temper is the main aim of education. Other things that could well act as the intellectual stimulus are reading and writing.

What to read and how to read? These are the questions we have to find answers for. The world is abounding with books, but selecting the right one for your child might seem tough. For that, we have to find his favourite genre. Some children might like mystery and some would be comfortable with moral fables. This blog can give some suggestions -:

1. The Birbal Stories ( Birbal was a quick-witted  courtier of the legendary Mughal emperor Jalaluddin Akbar. Most of the stories are in the form of folk tales and so easy to follow)

2. The Tenali Raman stories ( Tenali Raman was a courtier of the mighty Vijayanagara emperor Vijayadevaraya. The stories are funny)

3. Mullah Hoja stories ( From the middle east, these stories portray the hero, Mullah Hoja, as a clever guy)

4. The Effendi Tales ( From the Xinjiang region of China, they are an integral part of the Uyghur folklore)

7. One thousand and one nights (Told by the doomed princess Scheherazade, they are mostly easy reads. The child can go on voyages with Sinbad the sailor and laugh at the miserliness of the rich Qasim)

8. Works by Roald Dahl ( Especially Charlie and the chocolate factory)

9. Works by C.S. Lewis ( Such as the chronicles of Narnia)

As the eminent British thinker Francis Bacon had said, some books are to be chewed, some digested and some to be devoured. So the assimilation should happen. As some children are more creative than others, they would start writing stories on their own. How to encourage them then?

1. By giving them a pat on the back

Read what they have written. Don’t be too judgmental. Realize they have just started and told them there are many scopes for improvement. As they are only in their formative stages, positive feedbacks will help them more.

We don’t have to force them to read. If children are very creative, they will start it themselves. They just need our encouragement. We just have to make it a habit by suggesting good books and helping them build good self- discipline.

3. Make them participate in competitions

This will help children more as they would be competing against other talented children. Even if they lose, encourage them.

Children are our hopes. They are going to build a better tomorrow. So by helping them, we are also doing our part in shaping up a generation.

What Does the Future of Online Education Look Like?

Do you think online school is easier than public school

Reading in the time of COVID-19 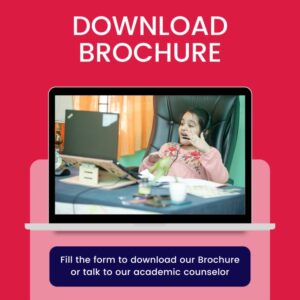